Come see my new blog for a contest  - FREE BOOK!

Posted by Kasey Ewing at 8:41 AM No comments:

Here is my new blog


There are many who are good with words and frankly, that makes me jealous! I recommend them and their blogs often on here. If nothing else, this blog can point you to the "good ones." I wish I could say things the way some can. I read blog after blog and think, she said that so much better than I ever could. Why try? But my head is full and this blog is a good outlet for those whirling thoughts. But a blog is safe. I mean, who really cares about a blog? They are everywhere. Some blogs are great, some not so great. ( I am sure this argument could be made about a book too but that wouldn't really help my argument now would it??) Plus, most who read this I don't really ever see so it doesn't really matter.


Or does it? This should be a totally new post on why we do things - applause of God or man?


I digress. See, I can't even match my paragraph to my main sentence.


The point: I started. I wrote my first page. I just opened up a new page and started writing.


It was a cold, Colorado night and I was off to freeze through yet another football game. This was a scrimmage and I was dreading it. We were playing for a new team and my son was the quarterback and most of the boys had never played before. When you have first time football players defending your boy against other more experienced players. It is usually not a good thing. Basically, for those of you who don’t spend half your life at football practice, I was in for a night of cringing and praying that he would just keep getting up. You look for the boy on the bottom and pray that he is moving. Who said football was for the faint at heart? One play, I watched in slow motion as a huge boy came around from the back and horse-collared (for those of you who don’t know what that is, ask a football fan and yes, it is illegal) my son without him even seeing a thing. His body dropped and they boy who did it jumped up in celebration that he had sacked the quarterback. I only had eyes on one thing, praying my son would just get up. He did but very slow. He motioned to me that he was fine and continued to play and basically got hit over and over again. Play after play, he went to the ground. I kept thinking to myself that someone needed stop this madness but I didn’t say a word. I just watched and waited. Dread filled my heart, Drew wasn’t looking right. He bent down to take the snap, stood straight up and walked off the field and fell to the ground. By the time I got across the field to him, he was in and out of consciousness and couldn’t feel his right side. A friend who was there with me told me that I kept saying “you can’t do this to me again. You can’t do this to me again.” Over and over. You see, that wasn’t the first time I had sat over my baby and watched my baby go in and out of consciousness.

Back in 2001 on a bright Sunday afternoon after a day full of attending church and hanging out with friends, our lives changed forever. Our family had just gotten back from Sunday lunch and my husband, Brad had to return to the church to get something he had forgotten. He let me and the boys out and I preceded to get the boys in the house. Only, our youngest didn’t follow, he ran back to be with his daddy and the car hit. Chaos erupted, our neighbors came running out, ambulances were called, family was alarmed to the accident. Brad was allowed to ride in the ambulance ride with Jake, while he was screaming for his daddy, in and out of consciousness. After we all arrived at the hospital, the family was taken to a room to wait for the doctors. The doctors walked in and sat us down, the news was not good - I could read it on their faces. I kept thinking, just let him be okay, let him be okay. He was okay, just not in the way I expected. You see, that day, August 26, 2001, Jacob “Jake” Gunner Ewing met his heavenly Father face to face. My uncle who performed his funeral, said it best; Jake was running to meet his earthly Father and was welcomed by the arms of his Heavenly Father.

These two events presented quite a problem for me? What is it that makes one accident end in the death of my child and the other accident, my boys walks out of the hospital with one sore body but otherwise healthy? Why? The million dollar question. We have all asked it. Book after book has been written trying to give an account of the suffering that takes place here. I just couldn’t wrap my mind around it, why one day I walked out of the hospital, heartbroken over my baby boy and one day I walked out of the hospital with my arms wrapped around my big, baby boy (yes, he is taller than me) glad he was alive and walking? I felt like Job in Job 6:24 “Teach me, and I will be silent; make me understand how I have gone astray.” Job just wanted to understand, he wanted God to show him what he had done to deserve this.

It is a start.

(Yes, this is a blog that has not been edited by my sweet friend. She will die - I am sure a few sentences up there are not complete and maybe a run on or two. Maybe I should go to grammar class with my seventh grader. ** Idea, I will let him practice his grammar and edit my posts. How's that for killing two birds with one stone.)

What is God pulling you to do that you are avoiding? Why don't today you start on the first page of whatever God is asking you to do.

I have no excuse as to why I haven't written on my blog lately. I wish I could tell you that like katie from my new favorite blog  I am so busy taking care of the 12 african children that I have adopted at the tender age of 21.

Or like Hoodmamamel, I am in desperate need of funds in order to keep MercyStreet running efficiently.

Oh, there are countless others that aren't wasting their lives . . . .

So, until I figure out exactly how not to waste my life, I will leave you with words from John Piper's book, yep, you guessed it, "Don't Waste Your Life."

"You don’t have to know a lot of things for your life to make a lasting difference in the world. But you do have to know the few great things that matter, perhaps just one, and then be willing to live for them and die for them. The people that make a durable difference in the world are not the people who have mastered many things, but who have been mastered by one great thing. If you want your life to count, if you want the ripple effect of the pebbles you drop to become waves that reach the ends of the earth and roll on into eternity, you don’t need to have a high IQ. You don’t have to have good looks or riches or come from a fine family or a fine school. Instead you have to know a few great, majestic, unchanging, obvious, simple, glorious things—or one great all-embracing thing—and be set on fire by them."

"AN AMERICAN TRAGEDY: HOW NOT TO FINISH  YOUR ONE LIFE

I will tell you what a tragedy is. I will show you how to waste your life. Consider a story from the February 1998 edition of Reader’s Digest, which tells about a couple who “took early

retirement from their jobs in the Northeast five years ago when he was 59 and she was 51. Now they live in Punta Gorda, Florida, where they cruise on their 30 foot trawler, play softball

and collect shells.” At first, when I read it I thought it might be a joke. A spoof on the American Dream. But it  wasn’t. Tragically, this was the dream: Come to the end of your life—your one and only precious, God-given life—and let the last great work of your life, before you give an account to your Creator, be this: playing softball and collecting shells. Picture them before Christ at the great day of judgment: “Look, Lord. See my shells.” That is a tragedy. And people today are spending billions of dollars to persuade you to embrace that tragic dream. Over against that, I put my protest: Don’t buy it. Don’t waste your life."

"Desire that your life count for something great! Long for your life to have eternal significance. Want this! Don’t coast through life without a passion."

Posted by Kasey Ewing at 9:58 AM No comments: 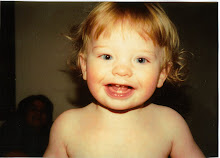 Kasey Ewing
Bossier City, LA, United States
About the title, I read this book one day - High Heels in HIgh Places, Walking Worthy in Way Cute Shoes and absolutely fell in love with the book and the title. That described me like I have never, ever heard before. I wish I was clever enough to think of that. I am not so I am borrowing her title because it describes me life! I love Jesus and love shoes and am learning each day how to walk worthy in the shoes i wear. The shoes of a wife, mom, minister's wife, did I say mom of a teenager?? (NO WAY!!), friend, teacher, and the list could go on and on! This is my journey here on this blog. A place I can get my thoughts out, somedays it might not even make sense. Somedays I forget to send it to my dear friend who edits them because I have a tendency to write very long sentences! Please be kind to my writing and see my heart. I will be kind to you and try to send them to Melanie to edit! www.kaseyewing.com

Books and Bible Studies I Love and Am Reading